A few months ago my car did that annoying thing where the battery ran out, maybe because I didn’t shut the boot properly which left the light on for hours.. Anyway, a wonderful friend came and got it started for me. Then I had to drive around and around while the battery charged. As I was driving I felt a prompting to buy a few gifts for a friend, just some nice bits to put in a bag and take round. I knew it was a prompting from Jesus, yet this friend and I hadn’t spoken in a while. I felt uncomfortable. So instead I chose to go to a drive-through and get myself something and just head home. A couple hours later, sat on my sofa, I saw on facebook this friend sharing the sad news that somebody she loved had just passed away-she had found out 2hrs before. If I had listened to that prompting, I would have been at her door, with a gift from Jesus and what awesome timing that would have been. Yet I didn’t, I sat in my pajamas and ate a McFlurry.

Who truly missed out in this situation…me! My friend had others who were there for her and Jesus gave her love and peace. Yet I have kicked myself ever since. I know God forgives me and I will have other opportunities. Yet this was the beginning of me finding a new word, that I felt God has been teaching me about. I feel like as I go through seasons of life, He teaches me single words. One at a time (probably all I can handle). You may see that theme if you’ve read my other blog posts. One was ‘kindness’, another time was ‘faithfulness’ my last one was ‘belonging’. Now I feel it is one that I would tend to fight the most… ‘obedience’.

I was disobedient to God and His call. I didn’t do what I knew I was asked and I saw the consequence. I saw what I missed out on and could have had. Like I say, it isn’t the end of the world and there’s not condemnation, just probably some conviction and a push again towards wanting to live a life of obedience. Not feeling submissive or subservient, but knowing that my obedience will produce life to the full and knowing I can trust the one who instructs me. This is crucial.

“I need to know that he hears my voice in this house where it is safe, that he will be obedient to my call here- so that when we are out there and he is by a road or in a place of danger, I know that if I shout STOP he will stop.”

I was reminded of this tonight as once again I was feeling this word obedience again, through God’s call on my life and to be obedient. I know there are times in my life, where He has asked me to do small things. To write a note to someone with what I felt God was saying, to give financially when we had no cash yet God was calling us to be generous, to say ‘no’ to things I wanted to say yes to or saying ‘yes’ to things I wanted to say no to-because I knew God’s voice in it. Therefore when the big things come knocking, when I am in situations where I am really being asked to step out and it feels dangerous or scary, I know the voice of my father. I have heard it and learned that I would far rather be on the side of obedience and gain the beauty in seeing what happens, then not doing and just missing it!

The reasons to NOT do what we are asked so often comes down to fear. The voice of insecurity. The buts!

But I’m not old enough- But I’m too old. But I don’t know enough. But what will people say. But what will they think. But I might say it wrong. But I could mess it up. But it’s too much. But But But…

I often feel like this when I feel I have a ‘word’ of prophecy. When I feel God saying something to people in a group setting. Yet too often I would feel the ‘word’, not say it, then have someone else say it or someone ask for prayer for the thing and wish I had said it! So now I tend to just go for it, so my big but is mainly ‘but they’ll think, oh its Hannah again’ haha. Yet the enemy will try to quieten us and keep us living in insecurity and fear, because God has LIFE for us. He has miracles, healing, blessing and salvation. He is doing amazing things and invites us to join Him, when we are obedient we are blessed to be a part of seeing who He is and the incredible things He is doing.

My Lion trusts me that if I shout STOP it is for his safety and his good. So he will be obedient and I hope he will for his own safety. In the same way, whether it is a feeling of what God is saying or a truth to live in from His words in the Bible- I trust that it is coming from the one I can trust, who has good for me. I choose to have faith and kick fear out the door, especially fear of what others will think or say, and choose obedience as I hear the voice of truth. I will choose to listen and believe the voice of truth. 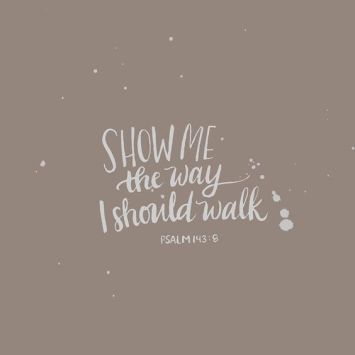 One thought on “New word..Obedience”