In America, I had the amazing opportunity to watch Les Miserables on Broadway! Whaaaaat! I know! 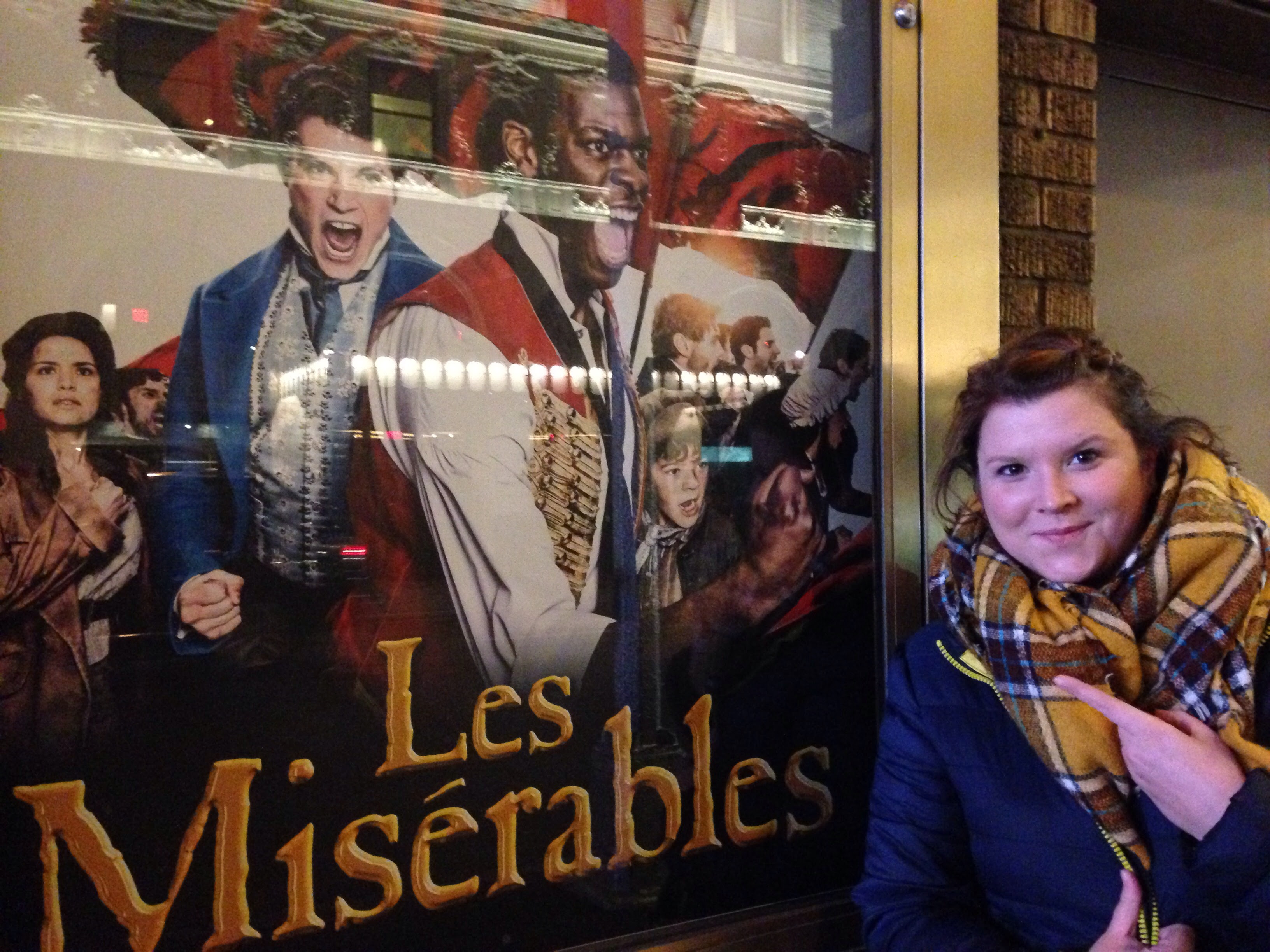 If you know the story you’ll get this post! Though even if you don’t I’ll help it make sense-there are some *spoilers* so you are warned! I just wanted to blog out a couple things it made me think.

The path to prostitution is long

I have worked with many girls like Fantine. The scene where she sells herself- first her necklace, then hair & teeth…then all of herself..Is so painful. 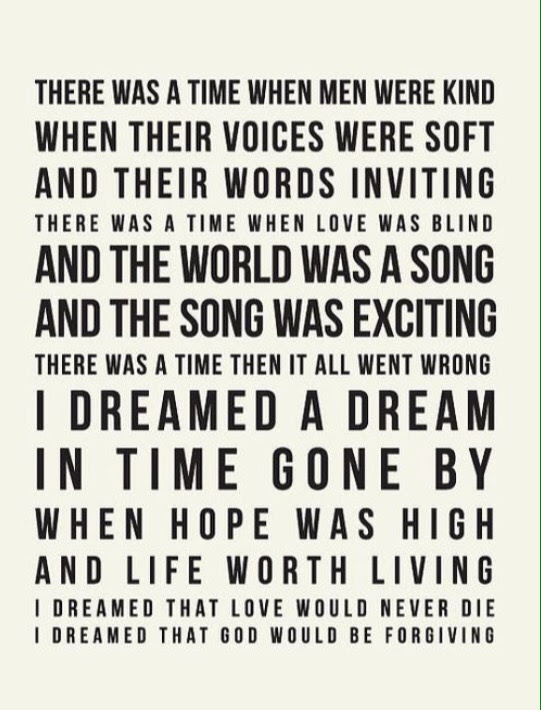 I know some people believe girls choose it. Yet from my experience it is never something that was initially a full happy sensible ‘I always dreamed this for my life’ choice. There is a road that started, often a long time ago, that has sadly resulted here. The way our society twists these things as a mask frustrates me hugely. I shudder walking past a ‘Gentlemans club’, as no true gentleman would step into such a place. I hate the ‘professionalism’ of escorting as it’s often so full of pain.. or actually numbness. 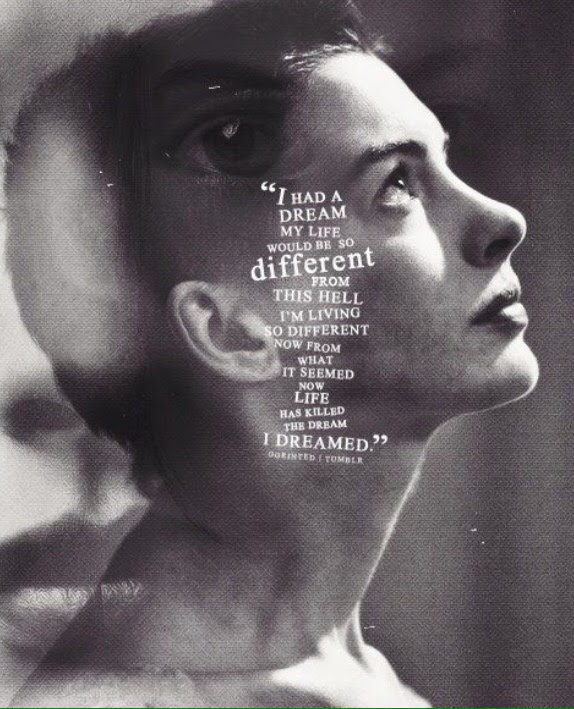 Yet I love to see the care and complete sacrificial love of Jean Valjean. That he sees her at her worst, in her brokenness and doesn’t join in with the rest of the world. He doesn’t look down on her to be up high with society. He meets her, he finds out her name & he vows to protect her.

Despite implications on his own life he secures her desires and looks after her child. I love that he gives himself to this broken and deserted woman. Just as Jesus does, the ultimate picture of sacrificial love, so personal and beautiful yet the greatest power in all the world! Jean VJ does what our Jesus did..he restores her dream.. 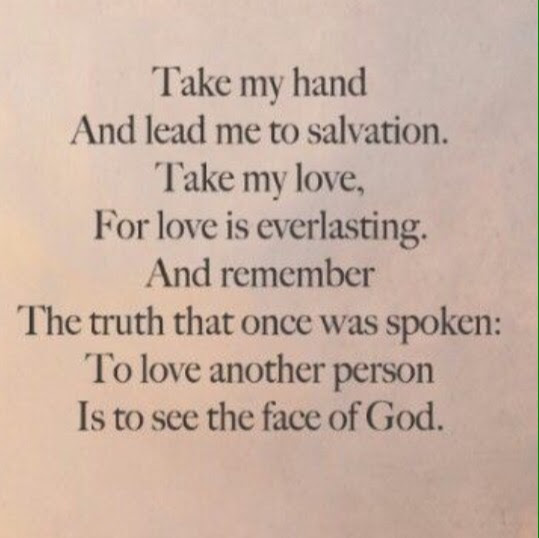 Jean Valjean at the start. Stealing from the priest, facing recall to prison – yet the grace he is shown when the priest gives him what he stole & more telling him to go makes life for himself. Choose to take this and do good, know that though you don’t deserve it- you are forgiven and so go..

‘But remember this, my brother
See in this some higher plan
You must use this precious silver
To become an honest man
By the witness of the martyrs
By the Passion and the Blood
God has raised you out of darkness
I have save your soul for God!’

Jean VJ at first doesn’t know what to do with this act, yet ultimately does accept it. He does accept the grace he was shown and repents (which means to change direction), chooses to live in freedom to be the man he was called out to be, not the prisoner he was trapped as for years.

This is always beautiful yet as I watched this incredible live performance I was struck for the first time with Javert. How his response is so different. He cannot at all let go of the knowledge in who this prisoner is, he too believes he is doing it for a higher purpose. Yet is trapped in rules & religion. So when it is his turn. After being captured by his enemy at the barricades and now his life is in Jean Valjeans hands- he is let go.

This grace, to be let go and freedom comes instead of what he deserved (death). Instead of choosing thanks and living a life in this new freedom. It is too much for him & he chooses death for himself (huge spoiler.. I did warn!). He kills himself to try to make the order right himself.

This so struck me in how wide reactions to grace can be. To all, the message is the same- Undeservedly Jesus came and died to take away the sin of the world,to make a new covenant, so that when you acknowledge the weight of what we have done and ask forgiveness- that’s it,we are forgiven, you can now live day in, day out with Jesus as your guide. A free perfect gift. Truly, whole heartedly live-just as Jean Vjean chose.

Yet to some they would rather battle it and find it too great to let go and sadly remain trapped like Javier. This made me think of the older brother not accepting the prodigal son, choosing to not see that change could really happen. Also made me think of Peter & Judas, how similar Jean VJ’s struggle to accept the forgiveness shown as Peter did after he betrayed Jesus- yet Judas didn’t stay to learn of grace.

There’s so much more that jumped out at me or I felt spoke to me throughout the show. It was unbelievable and I’d do it again in a heartbeat. I’ve been super blessed last year to see a lot of shows and I am more aware than ever how much theatre is used to connect people. 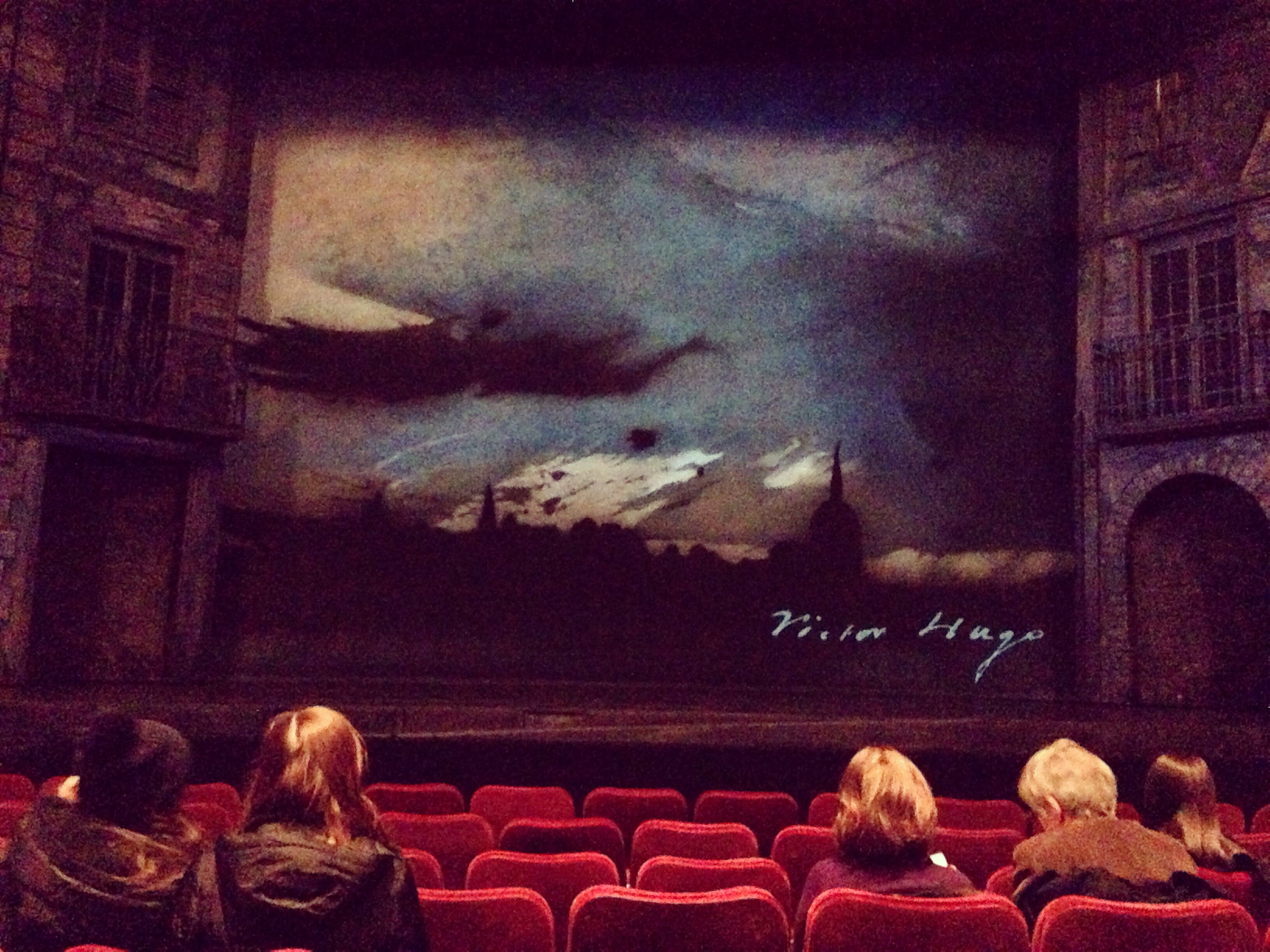 I always love live theatre, to sit in my seat and think ‘Wow. What makes a human stand in front of other humans and we pretend to be other people, to tell stories and share themes, beliefs, ideas.’ Yet we love it! Even if musicals aren’t your thing.. TV/Films are the same. We love to share our experience and empathise with each other’s humanity.

I love it! I believe it’s so God-given and hope to write more this year. Get involved in more storytelling. Whatever that looks like. It’s so powerful.

One thought on “Prostitution, Grace and Theatre: Les Mis!”